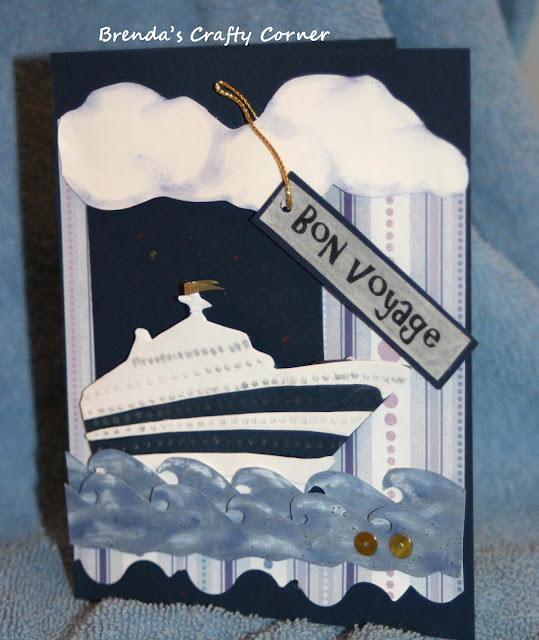 This is my second card for the sketch challenge over at i Spy Sketches.  The sketch is really fun so I couldn't resist making a second card.  I started by dry embossing two ships on white and dark blue cardstock.  I cut the white ship apart and adhered  the pieces to the blue ship.  I added windows with a marker and a tiny gold flag.  I cut cloud shapes  from cardstock and  inked  around them on white cardstock.  To create the waves, I drew a few waves and cut them from blue cardstock.  I used white and blue ink on the waves  and added the gold sequins.  I mounted  the ship on a blue piece of cardstock that matched the card base, and used a patterned paper behind the ship tag  I hung the Bon Voyage tag from the clouds with a piece of gold string.
. 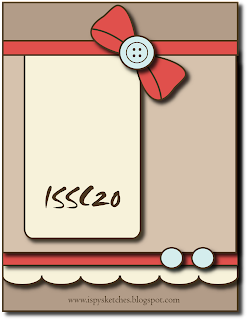 Thanks for visiting!
Posted by Brenda at 12:11 AM