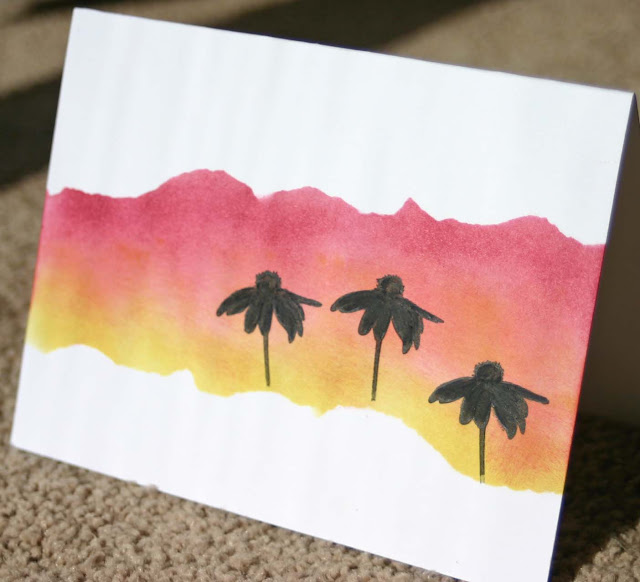 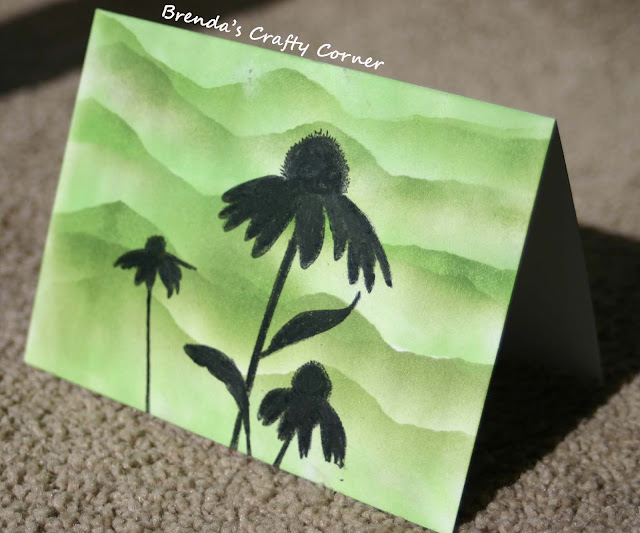 These cards were inspired by a technique that Sophia Landry from Paper Crafter's Library demonstrated this week. She cleverly masked an area with torn paper and sponged ink onto the card. Her card was also a single layer card which are a challenge for me so I gave her technique a try. I really had fun with it as you can see. I ended up making two cards but played around making several other backgrounds with various colors..  On the first card, I left a lot of white space like Sophia did, but then I played around with the technique a bit more and ended up making the second card and using the technique to fill in the white space with green inks.