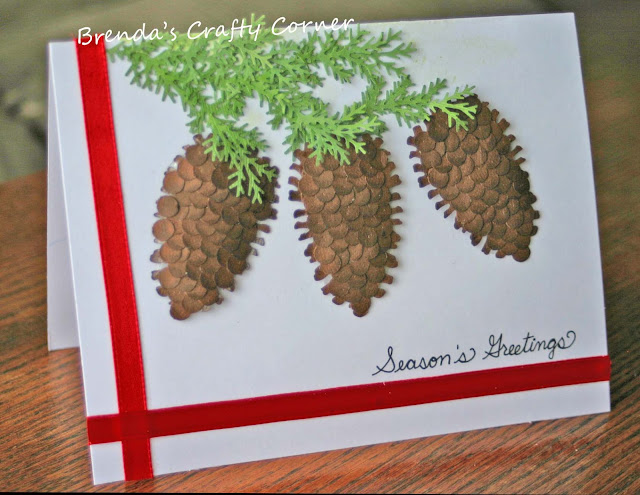 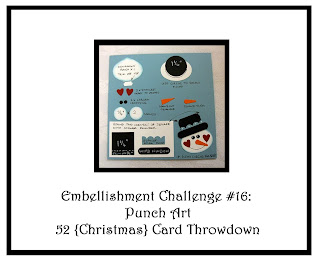 I saw the punched embellishment challenge over at 52 Christmas Card Throwdown, so I grabbed my pine cone punch and punched three pine cones. To add dimension I punched small circles from the same brown cardstock that I had used for the pine cones. Next I layered and adhered the small circles over the punched cone image. Once the adhesive was dry, I used a brown ink pad and brushed it across the pine cones. This added some dimension but not quite enough. I ended up adhering the cones to the cardbase with dimensional adhesive. This achieved the look I wanted. Then I punched pine boughs and adhered them above the cones. To make the cones pop, I added the bright red ribbon and finished by writing the sentiment.    Sorry about the quality of the photo. I was hoping to get a better photo, but the sun isn't making an appearance today. Believe it or not we are under a winter storm warning and  already have several inches of SPRING snow. It doesn't look at all like spring out there!

Thanks for stopping by!