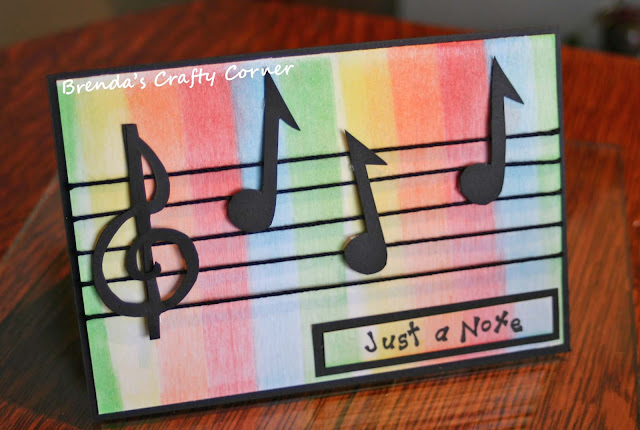 I made this card just for the fun of it. I was organizing my ink pads and I came across a rainbow colored ink pad that I forgotten that I owned. I put it use on this card. I simply dragged it across a piece of white cardstock and repeated this until I had covered the cardstock. Next I trimmed it so it would fit on the black cardbase. I wrapped a heavy black thread around the rainbow cardstock to create the musical scale and added handmade musical notes and a handmade G clef. I attached the notes with dimensional adhesive and then adhered the rainbow panel to the cardbase. I made a sentiment tag with a leftover piece of the rainbow cardstock. I wrote the sentiment with a marker before matting it with black cardstock. Inside I added a writing surface which is a piece of white cardstock with rainbow inked edges.