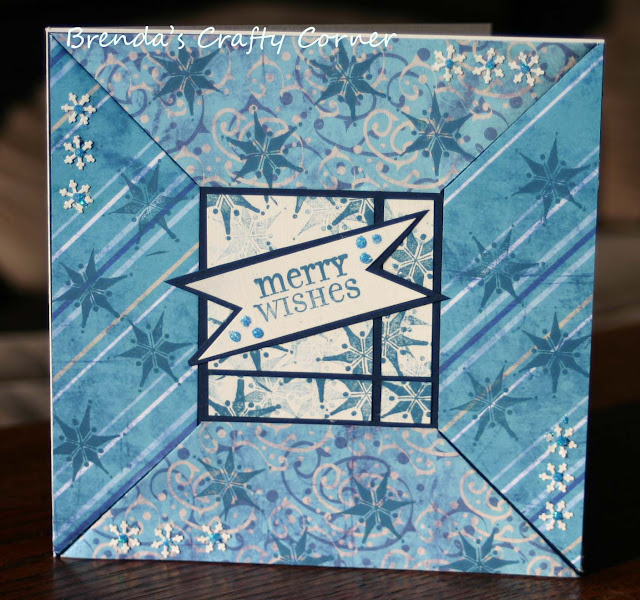 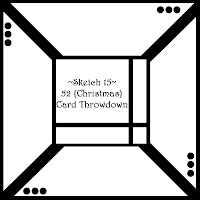 52 Christmas Card Throwdown's March sketch challenge was a lot of fun. I chose two different blue patterned papers to create my "frame" and after attaching them, I decided to stamp a snowflake print on them. In the center I used white cardstock, that I also stamped with the same snowflake stamp before I mounted it on black cardstock.  In four of the corners of the frame I added 3 punched snowflakes with a gem in the center of each.  I also added some gems to the sentiment tag that I stamped and matted with black cardstock.
In the end, I wasn't really happy with this card so I didn't submit it for the challenge. I think it looks too flat and I should have included the diagonal space (black in sketch) so that it would give more dimension to the card.
Supplies:
Cardstock: Recollections
Patterned Paper: Oriental Trading
Stamps: Stampin' Up
Ink: Studio G
Adhesive: Scotch ATG
Punch: Tonic Studios
Gems: Studio G