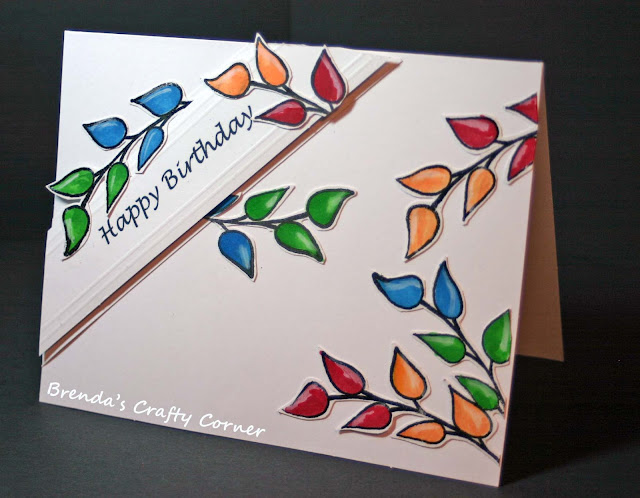 Tonight I really wanted to try using markers to add a bit of color to a  stamped image. I had seen a  card created by Lisa from I'm in Haven that was so very stunning with it's bright colors that I thought I would give something similar a try.  Lisa's card used hearts with a flourish stamp. I used leaves instead. I stamped the image of the leaves on a separate piece of white cardstock, then colored them with markers. Afterwards I fussy cut around the leaves and stems to give them a bit of dimension. Next I adhered the leaves randomly over the cardbase. I printed my sentiment on the computer and used a score board to add embossed lines before matting the sentiment on a second, slightly larger piece of white cardstock.