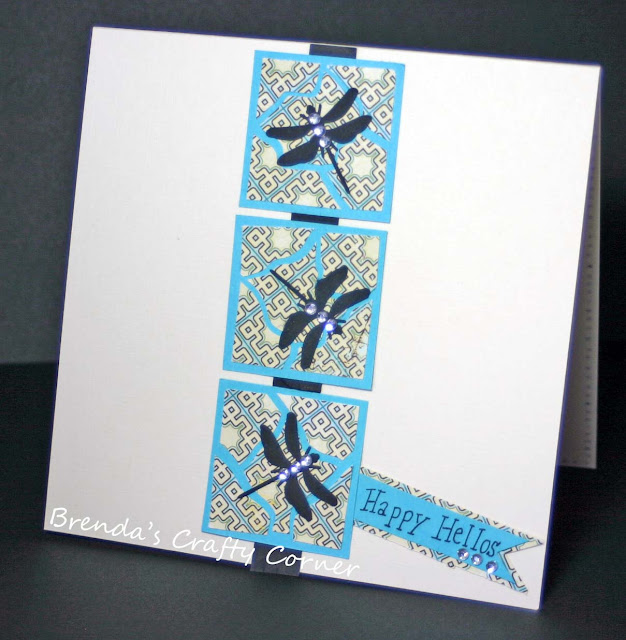 This card was inspired by the sketch challenge at Make My Monday. I started by punching squares from patterned paper, then cut a slightly larger squares from blue cardstock. Next I cut randomly cut each square of patterned paper into five pieces and adhered the pieces onto the blue squares, leaving a space between each piece.  I cut a strip of black cardstock and attached it vertically to the center of the card and then adhered the blue squares along it.  I punched black dragonflies, glued them to the squares and added gems down the center. I cut a banner from both the blue cardstock and the patterned cardstock and wrote the sentiment on the blue cardstock with a marker. To finish I added a few gems below the word Hellos. 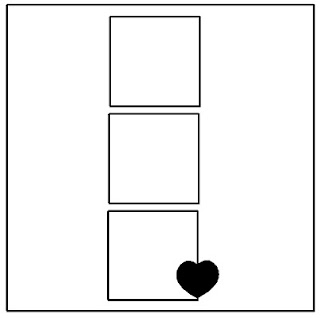 THANKS FOR STOPPING BY!
Posted by Brenda at 12:25 PM

Email ThisBlogThis!Share to TwitterShare to FacebookShare to Pinterest
Labels: Make My Monday