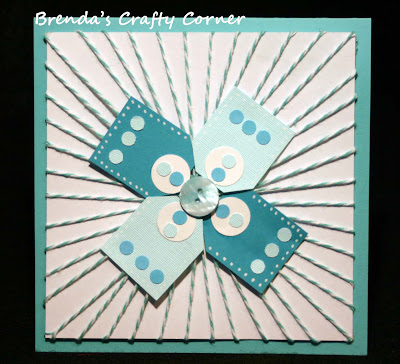 I woke up with this card swimming around in my head. I started by adhering twine in the sunburst pattern on the front of a square piece of white cardstock. Then I punched the tags in the center from two different shades of cardstock and added the punched circles and the button. After it was all adhered, I decided it would have been better to leave off the circles....but it's too late now!