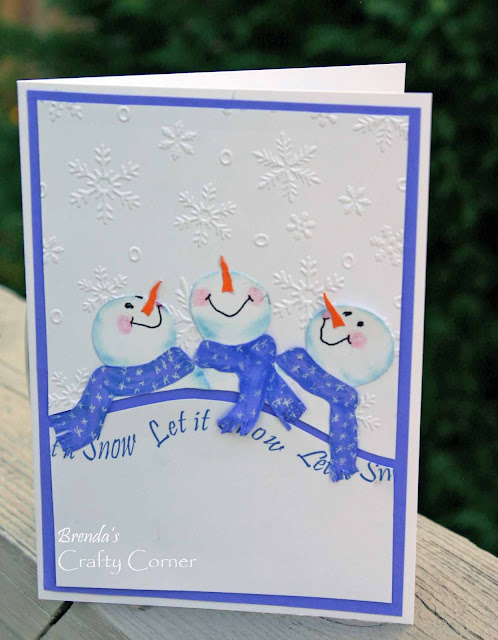 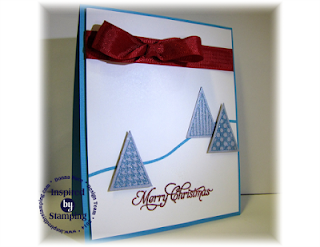 Yesterday I had seen the current challenge at CASE-ing Christmas and knew that I wanted to play along, but I ran out of time. So, early this morning before anyone else was awake, I began creating my card.  I was inspired by Donna's card (see card at right) in several ways. Her white on blue layout with the snowfield caught my eye right away. I  also loved how she separated the lower snowfield from the skyline with the bit of space. I did something similar with my snowfield.  Next, she used three trees in the foreground. Instead of trees I used snowmen.  I knew that I wanted my snowment to look up at the dry embossed snowflakes on the upper part of my card so, I handcut three snowman, cut and adhered three tiny carrot noses and used chalk to add highlight. I added facial features and then  three handcut scarves, again using chalk to add some hightlight as well as a few gel pen snowflakes.  Like Donna, I added the sentiment to the bottom portion of my card using my computer to print the "Let it Snow" sentiment. I'm glad I found the time to create another Christmas card and appreciate the inspiration from Donna's beautiful card.