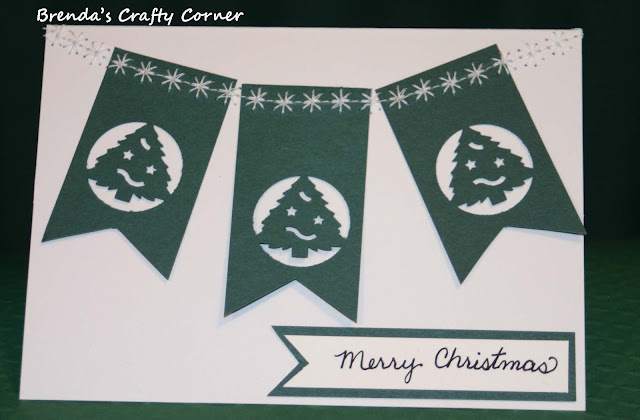 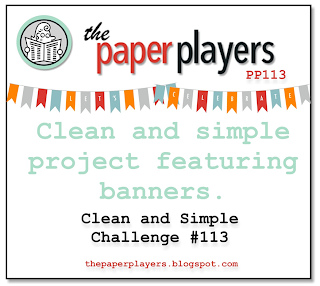 This card began with a scrap piece of green cardstock and  a tree punch from All Night Media.  I cut the strip of cardstock into three equal parts and used the punch to create the trees.  Using scissors, I cut one end of the strip to create a banner shape and then used my sewing machine's snowflake stitch to "hang" the banner from the top of the card. I wrote the sentiment with a marker on white cardstock and cut it into a banner shape. I matted the sentiment with green cardstock.  I was inspired to create this card after seeing the latest challenge at The Paper Players.