A Lemony Thank You 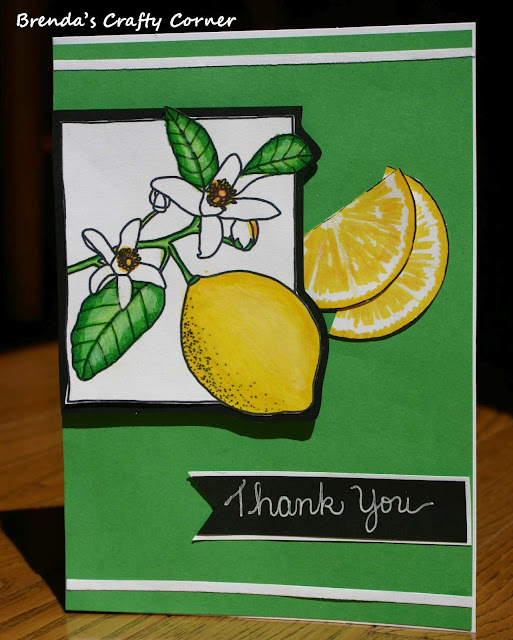 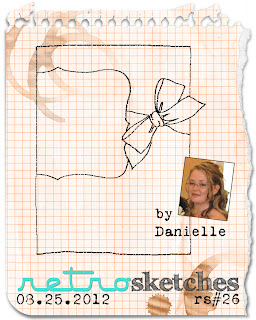 After my very bright coral card (previous post) was finished, I couldn't resist creating another card for the sketch challenge at Retro Sketches.  I started with the image of the lemon in the tree (from the Wax Fruit Company) and used markers and colored pencils to color it.  I matted the image on black cardstock and adhered it to the green cardstock with dimensional adhesive. Instead of adding a bow to the right as the sketch suggests, I decided that I'd add more lemons.  For these lemon slices, I hand drew them and again colored them with colored pencils and markers.  I wrote the sentiment with a white gelly roll pen on black cardstock, matted it on white cardstock and cut it into a banner shape.  I also added a  narrow strip of white cardstock to the top and bottom of the card.  Inside the card is a recipe for lemon poppy seed scones.  I plan on baking up a batch to give to someone as a special thank you.