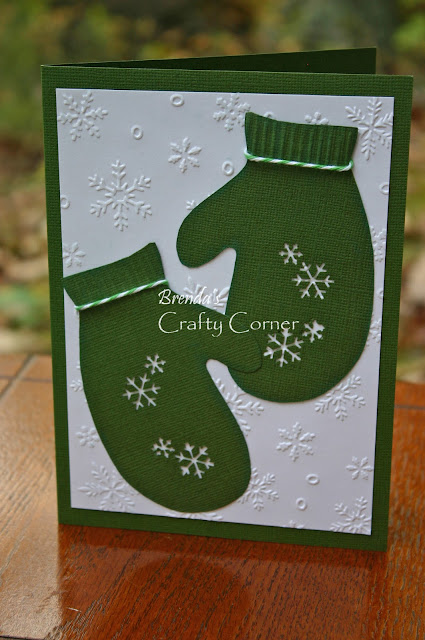 Several months ago I cut out the mittens that I have used for this card. At the time, I was unhappy with the mittens and found that they just didn't work for the project I had been working on so I set them aside. When I was going though my stash of shapes that I have previously cut and set aside, I rediscovered them and finally decided to use them. I ended up scoring the upper part of the mitten, the part that would cover the wrist. I wanted it to look more like a cabled knit stitch. I used a snowflake punch to create a snowflake pattern on each mitten and tied a bit of twine around each before matting them on white dry embossed cardstock. Inside the card is a sentiment that says "sending warm winter wishes".
Posted by Brenda at 6:51 AM