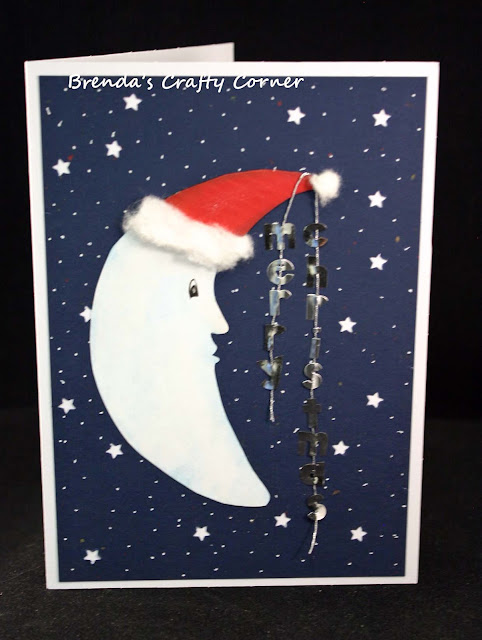 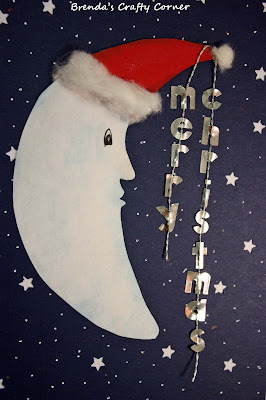 This is one of those cards that was inspired by a sketch. I saw the current sketch challenge at CAS(E) this Sketch and the image of a crescent moon popped right into my head. Of course, I rotated the sketch in order to put the card together. I started by hand cutting the crescent moon image. Mr. Moon needed something to wear, so I added the hand cut "Santa" hat. I added detail to the moon surface with chalk and drew in an eye with a marker. I punched stars into dark blue cardstock, added white gel pen dots to represent more stars and adhered the moon to this. I "dangled" a piece of silver thread from the hat and attached letters to spell "Merry Christmas".  Since I had a heck of a time trying to photograph the metallic "Merry Christmas" sentiment I'm sharing a close-up photo so you can see it more clearly. 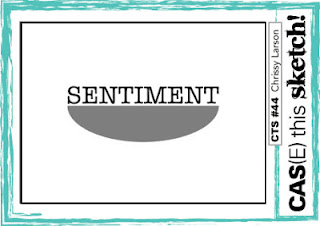 Thanks so much for stopping by!
Posted by Brenda at 12:49 PM

Email ThisBlogThis!Share to TwitterShare to FacebookShare to Pinterest
Labels: CAS(E) this sketch, CTS#44