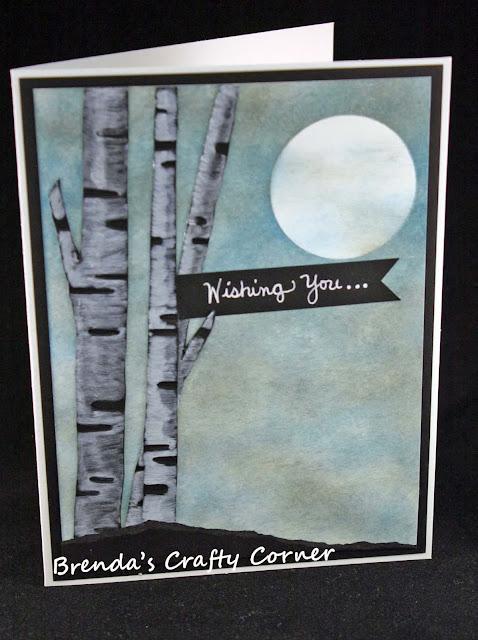 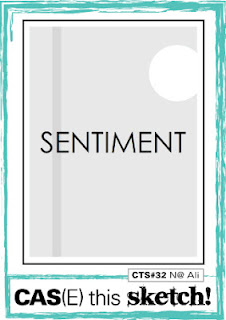 I'm in need of a few masculine cards so I used the sketch from CAS(E) this Sketch to create this card. I began by creating the background with two shades of ink. To create the moon, I punched a circle and adhered it with temporary adhesive to the white cardstock before inking the background. Once I was satisfied with the background color, I removed the circle leaving a white "moon".  So it wasn't too stark, I inked over the moon ever so slightly.  Next I used an embossing folder to create the trees from black cardstock. I added the detail to the trees with a white marker then fussy cut around each and layered them on the left hand edge of the background paper. A torn piece of black represents the earth at the base of the trees.  The sentiment finishes inside with "a very Happy Birthday".

Email ThisBlogThis!Share to TwitterShare to FacebookShare to Pinterest
Labels: CAS(E) this Sketch # 32